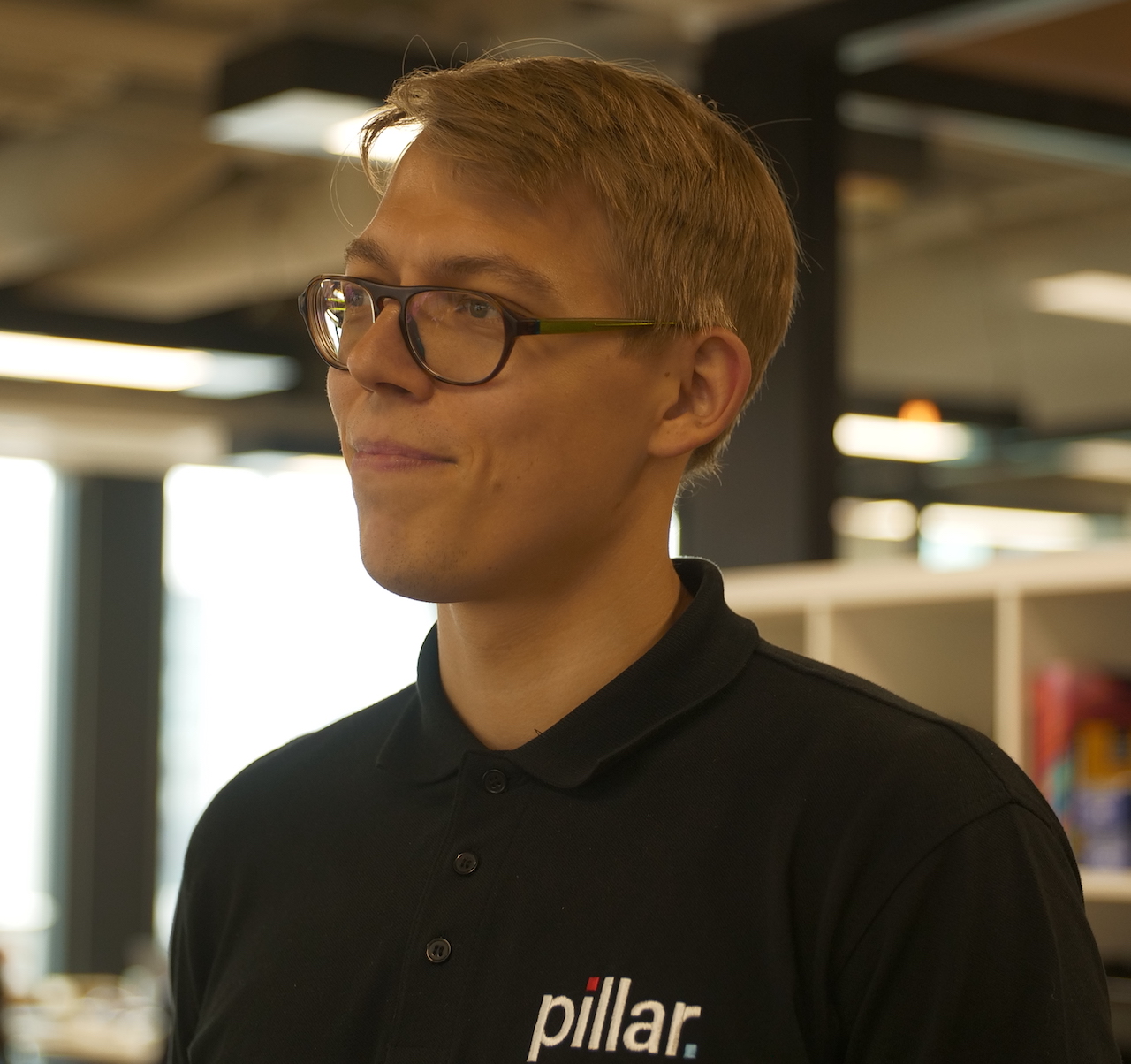 “If you have nothing to hide, there is no reason not to be transparent.” Artwork by unknown Artist, RedVetch just took the photo.

Last week’s events assured me that tech space is one cruel world. The most forward-thinking visionaries with their ground-breaking ideas had to step aside for a few days and give the whole stage to their most exemplary opponent.

As it presented its idea for a blockchain-powered solution, Facebook became the most talked about company in the space. It’s not the first time they’re making headlines — which usually supplied us with multiple reasons to push the development of decentralized technology forward. But implications of Zuckerberg’s latest announcement are too serious to simply boycott and the whole story is way bigger than just another huge player entering the field of crypto.

The idea of privately created money is not new, but control of a nation’s monetary supply has remained under the purview of the state. However now, that we live in the digital era, interacting with cryptocurrencies on a daily basis and transferring value from peer to peer with no counterparty risk we have to question more the legitimacy of this and other monopolies.

Money was issued and used long before the first central bank was set up. For centuries, market powers were sufficient to recognize the value of a given good and the value of “money” was proposed by a purchaser in exchange. It evolved as the economy grew — barter exchanges were too limiting in their form to “connect” enough sellers with enough buyers. This gave birth to money, which provided a way to offset the value/balance of different barter items between parties.

Primitive exchanges played an essential role in recognizing what is and what isn’t money. Whatever was used as a medium of exchange in barter could then become a currency, with an initial value set thanks to this transaction. The market took it from there — making unstable or easy-to-fake currencies obsolete and introducing new ones “tested” in earlier bartering exchanges.

But how to agree on the shape or weight of a coin? How to make sure it’s produced consistently from the same components? The market was providing answers, but unfortunately, it also presented yet another great opportunity for authorities to impose control over their subjects. The State’s monopoly in money creation was framed as a way to keep people safe from manipulation and theft.

In reality, it was actually facilitating it and moved power from an independent, self-regulating and publicly governed network to the small group of people which happened to rule. For centuries it‘s been impossible to think that we can issue and recognize money without having a government’s stamp on it.

I’d like to say “until now”, but that wouldn’t be necessarily true. Early economists and market theorists began proving the inefficiencies of state-mandated value creation as early as the 15th century. Each one building on the progress of the past until blockchain and the first widely exchanged cryptocurrency, Bitcoin, were born. All these smaller and a bit bigger initiatives went ignored by authorities around the world.

Slow but steady adoption of cryptocurrencies presents hope for change, helping more people realize how beneficial the privatization of the money sector could be. We are still talking about totally underground phenomena though — in the grand scheme of things, crypto is barely spottable.

This is the perspective from which I’m looking at Libra’s announcement.

A company with a user base of over 1/3 of the current human population is accepting the challenge to conduct an economic and legal experiment. This is a big event.

It’s not the underlying technology of Libra that makes it special — it’s the most ambitious non-state money initiative we’ve seen so far.

Time will tell how genuinely “non-state” the character of this initiative will be— away from all the political theatre, Facebook’s activity is contributing greatly to many operations within the machinery of state. It will be interesting to see if those businesses can be kept separate and if not, which one will be sacrificed. Libra Association with the user base of 27 “not-so-anonymous” members and Facebook, equipped with its own currency, can pose an even bigger danger for national central banks.

I’m excited to see this battle, but don’t feel confused — I don’t trust Facebook enough to comment on my friends’ photos with peace of mind, so there’s no way I will trust its payment system with anything I’d like to keep private. As much as we wish to believe in the governance-only role of the Libra Association, Facebook will keep its data for all operations that take place within their service.

We have no reason to believe in Facebook becoming truly “privacy-focused” as it was announced a few months ago — they will still make money on data that is collected, used and sold to third parties without our control.

What are the possible scenarios? Looking for similarities we should think of what WeChat did in China, where cash becomes obsolete thanks to plugging digital payments into the physical world and growing an ecosystem of services.

Facebook wants to not only replicate the model but also to control the monetary supply of this system across multiple jurisdictions. WeChat had to comply with just one, and it never promised us “a decentralized system”, so there’s no expectation of any user data ownership standards to be maintained. This is probably why Libra’s Head of Policy will be happy to see it in “a few countries/markets by this time next year”.

This mission is not going to be an easy one, but is it easy for entrepreneurs to set up and grow their decentralized and censorship-resistant projects? With all the uncertainties hidden in regulations, we need someone who is ready for a confrontation with old-fashioned laws and questionable powers. Facebook can be seen as the perfect organization to accept the challenge, and is a surprising ally for us to have at this point.

At the same time, it’s possible the biggest impact Libra will have is to be thrown to the lions — constantly tested and scrutinized by regulators, it may become the precedent case which sets new laws or makes existing ones clearer. This will be a great help to entrepreneurs who today are juggling between innovation and compliance, forced to play with fire.

Because of its crusade against the well-preserved monopoly of national governments, Libra’s direction might be severely affected even before its launch planned for 2020. But if it really is ready to compete with state-issued currency, it will familiarize people with this “no middle-men” technology.

As an industry we can then take it from there as we expect the crypto audience to not only grow in numbers but also mature rapidly. Facebook is not pushing blockchain and cryptocurrency forward technology-wise, but through the scale of their initiative — it is a prospect for making it usable for billions.

This is when permissionless and truly decentralized solutions will become the first choice of the conscious consumer — one who cares about data ownership and is unwilling to sacrifice their privacy in exchange for free transactions with their WhatsApp friends.

In order for that to happen, we, as an industry, can learn a lot from Facebook — how to launch a brand, how to communicate technically convoluted concepts to various socio-economic and geographic targets, how to create ecosystems of movers and shakers which embraces cutting edge technology that is yet to be mainstream.

Starting a competition right here, right now, will force the whole space to move way more quickly, especially in building engaged communities, providing seamless UX and making services accessible. If we can channel all the engagement and brilliant thoughts we’ve seen in response to the Libra announcement into building competitive but truly privacy-focused solutions, we can take a big step closer to realizing the decentralized web.

Who will Lock your Personal Data?

Our dream of offering Pillar as an alternative to Facebook users was always founded on a realistic ground — the only way to make it happen was not only to match it but to top it in features, intuitiveness and convenience for a user.

It’s surreal to realize that two years after the launch of Pillar Project, we now see Facebook enter the industry and validate market need. Looking at the whitepaper Calibra aspires to be a place where all your physical and virtual goods or services are being purchased. Together with data from Facebook, it has everything to become “the dashboard for your life”. The devil is in the details and you’ll never know if your case is not going to be one of those limited…

The scarier it sounds, the easier for us to accept the challenge of building an alternative that truly empowers people. What matters is what’s inside the Trojan Horse — decentralization and privacy is how Facebook is dressing it, Pillar is focusing on making it a reality. Let’s see who is better at building Personal Data Lockers! 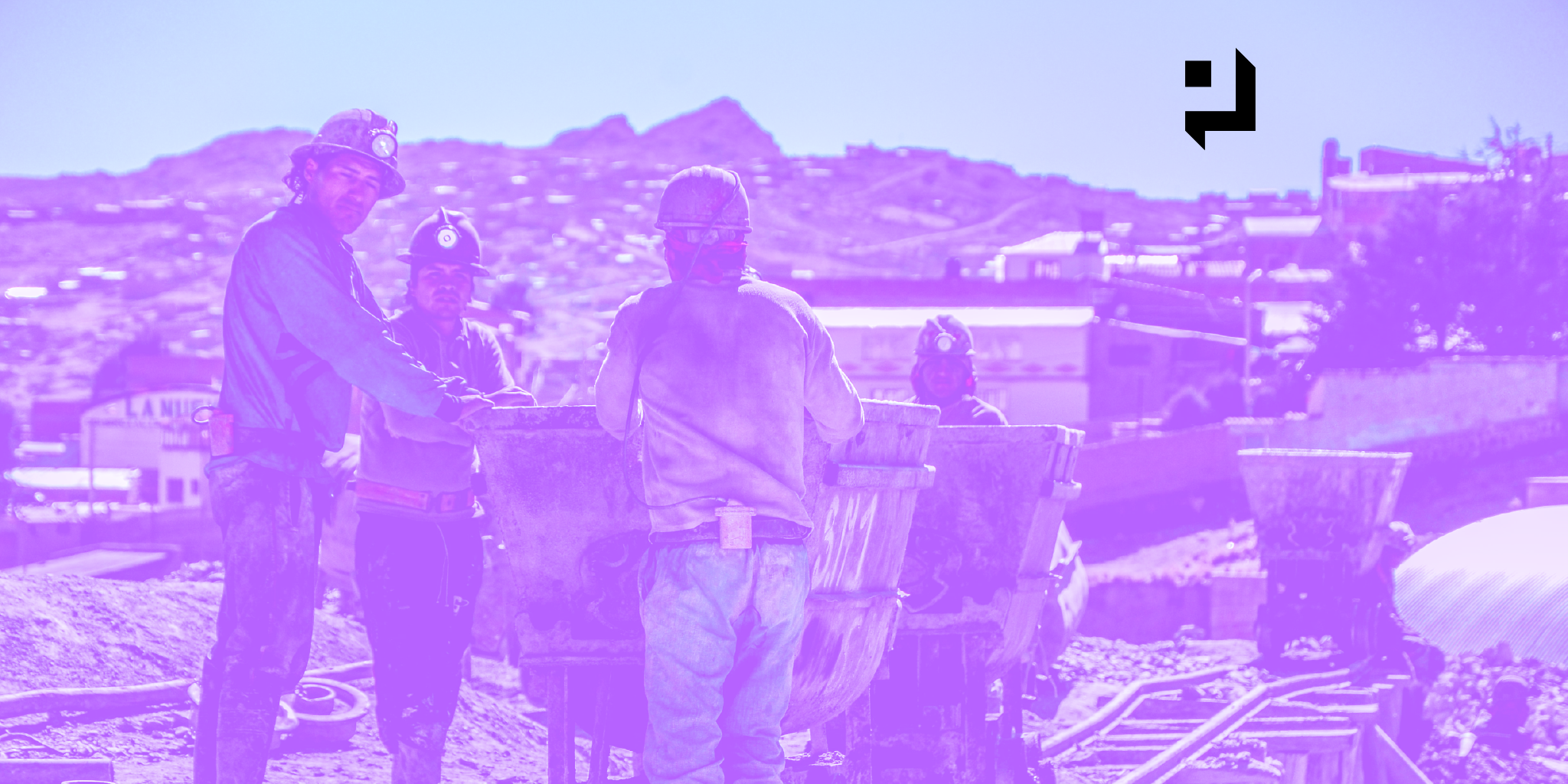 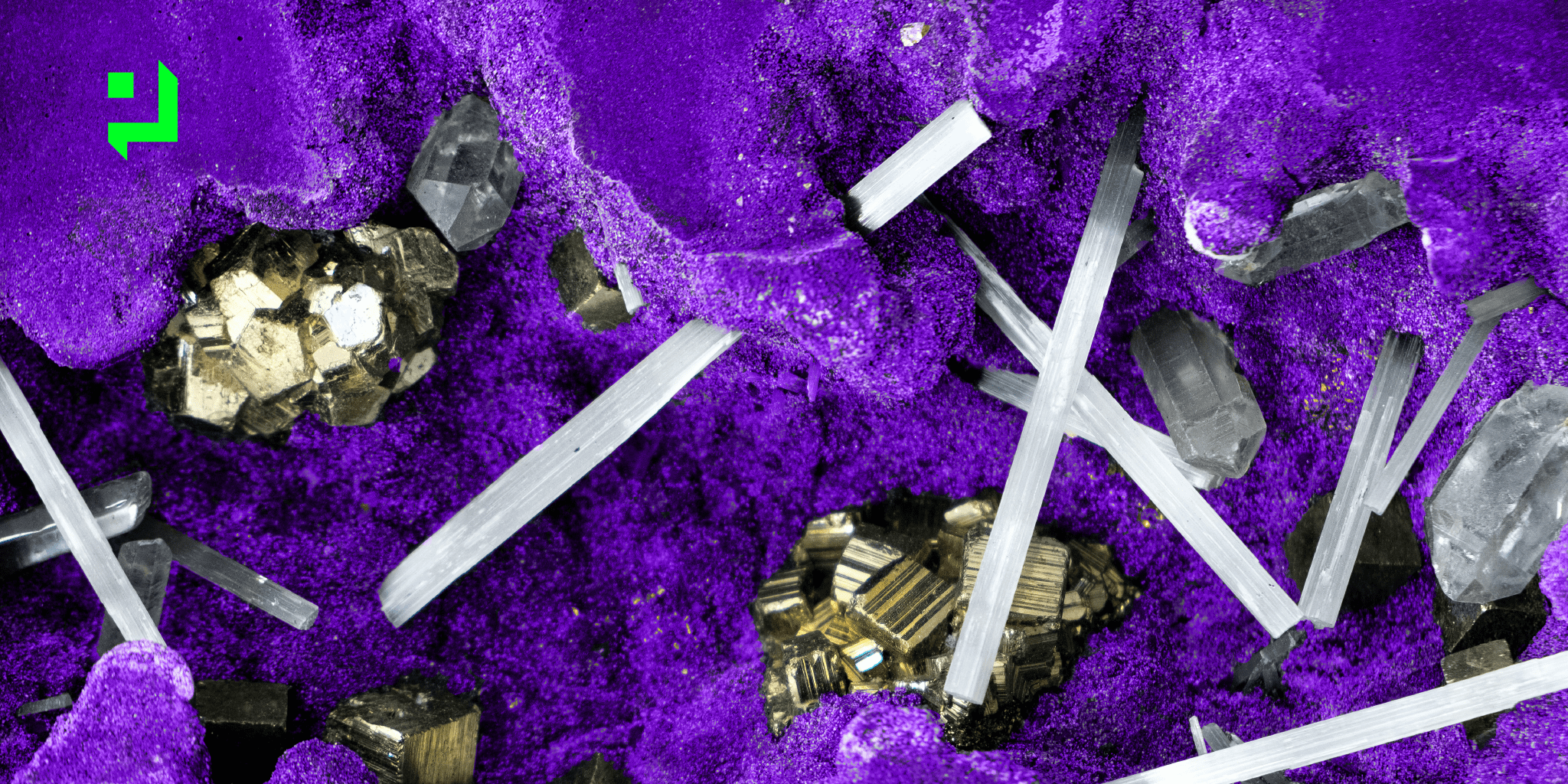 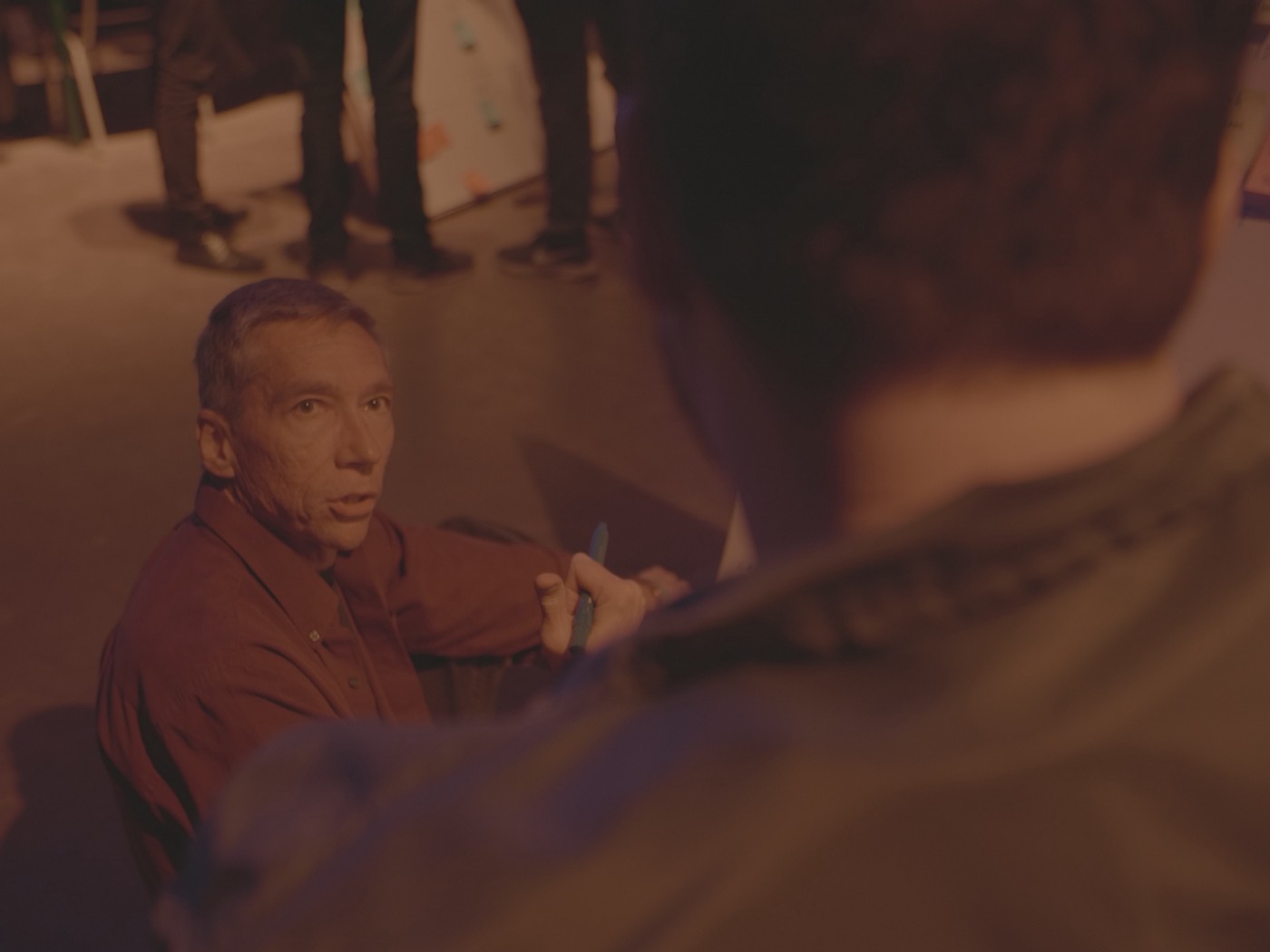